Home / KGHM IN 2014 / Our results: Development of the resource base / Sierra Gorda (Chile)

The Sierra Gorda mine is an example of the most quickly completed project, counting from the first documention of the deposit

to commencing production, in Chile (10 years vs. 19 years on average, in the industry).

Chile occupies a special place in investments involving the development of the resource base of the KGHM Group. The Sierra Gorda open-pit

mine is located in the northern part of the country, in the Atacama desert, and is the most important overseas project of the Company, as it posesses one of the largest deposits of copper and molybdenum in the world, with low production costs and high growth potential. Region II, where the Sierra Gorda mine is located, is the most important one in terms of copper production in Chile, amounting to 16 percent of the world’s total copper production.

The Sierra Gorda mine is an example of the most quickly completed project, counting from the first documention of the deposit to commencing production, in Chile (10 years vs. 19 years on average, in the industry). After the three-year period of the mine’s construction, on July 30th, 2014, the Company commenced production, and a few months later the first transport of about 6,000 tonnes of copper concentrate

was sent to the Japanese Toyo Smelting Plant. Between the start of production and 31 December 2014, the Sierra Gorda mine produced about 35,600 tonnes of concentrate (10.5 thousand tonnes of pure copper). The cost of copper production in the Sierra Gorda mine is one of the lowest in the world and amounts to USD 2 500 per tonne (in the mines in Poland it is about USD 4 thousand per tonne).

Benefits from the Sierra Gorda mine for the KGHM Group:

This investment in Chile is being done in two stages. The first was the building of the open-pit mine with technical infrastructure (social facilities, fresh water supplies, tailings storage facility, power network and salt water pipeline). The assembly of processing plant installations and machines was conducted with a processing capacity of 110 kt of ore

per day (120 kt of copper per year). Obtaining the full processing capacity forecasted for the first stage is scheduled for the second part of 2015. During the course of the project, technical optimizations were implemented which enabled an increase of Sierra Gorda’s mineral reserves. 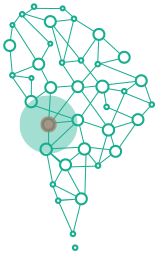 Preparations are underway to begin the second phase of investment. Its aim is to increase the processing capacity of the plant from 110 kt of ore per day to at least 190 kt of ore per day. Design work has commenced connected to development of the infrastructure. Additionally, it is assumed that an extension of the mine’s operational life could be achieved through development of the mineralized areas at Pampa Lina and Salvadora, adjacent to the Sierra Gorda mine’s infrastructure available in the second stage of the investment.

There is also the Sierra Gorda Oxide Project, which aims to process the oxide ore gathered during the construction and development of the Sierra Gorda mine, in a metals recovery installation using SX/EW technology. The oxide ore is being separately stored in heaps for subsequent leaching. The project includes stacking and semi-industrial trials, the results of which will allow KGHM to choose the most effective way to process the oxide ore.

Sierra Gorda is not only an example of the excellent work of our engineers but it is also a model project reflecting KGHM’s approach to employee safety, relations with local communities, and how to reduce environmental impact. Throughout the mine a policy of Zero Harm is enforced, meaning zero accidents, zero breakdowns, and zero harm to the surroundings.

The building of Sierra Gorda and extraction of its valuable deposit would be very difficult or even impossible without good relations with local authorities and communities. To ensure a friendly atmosphere towards the investment, the process of dialogue with the communities has been structured – local coordinators were established and special communication channels were created (separate phone line, dedicated e-mail).

The investment’s location - the Atacama desert in Chile (one of the driest areas in the world) - means that any attempts to obtain water in such a place would affect the region’s resources and would have a negative impact on the quality of life of local communities. Failure to maintain good relations with the local people would constitute a danger for continuity of the mine’s operations, in the short as well as medium term.

Water is a non-renewable natural resource. That is why the Company made a decision to carry out an innovative and technologically complicated investment, which makes it possible to recover the water used in another plant. The pipeline of around 90 cm in diameter runs from the city of Mejillones, situated on the coast of the Pacific Ocean. Salt water comes from the cooling systems of the local electrical power and heating plant. Instead of going back to the ocean, it is pumped into the pipeline, which leads to Sierra Gorda. The infrastructure is supplemented by a coastal pumping station, port facilities, and fibre-optic cable, situated along the entire pipeline.

The length of the pipeline amounts to over 142.6 kilometres. That is why, during its assembly, KGHM’s engineers worked with an ecological organization. Steps were taken to protect the area’s biodiversity, including precious species of Peruvian tern and grey seagull.

The pumped water goes to a reservoir with a capacity of 750 thousand m3. This amount of water is sufficient for several days of operations by the mine, which considerably diminishes the risk of interruptions to planned operations as a result of a possible pipeline breakdown.

We also took care to ensure that water use by Sierra Gorda would not have a negative impact on the quality of local ground water. Flotation tailings

are separated from the natural environment, and in order to monitor and swiftly detect possible leaks, additional protective installations were built.

The pipeline is not the only water project of KGHM connected with the mine on the desert; the Company also constructed one of the most modern potable water treatment plants in this part of Chile, at a cost of over USD 8 million. Its significance for the people of the nearby town of Sierra Gorda cannot be underestimated.

This huge, international investment by KGHM is also a chance for the Company’s staff to gain new experiences and knowledge. The Group has a program which enables employees from Poland to work in Sierra Gorda. As a part of the GO GLOBAL! Initiative, students’ internships can also take place in the mine.

KGHM has taken the opportunity of operating in Chile to call attention to the achievements of the great Polish scientist and explorer, Ignacy Domeyko, one of the most accomplished founders of the modern Chilean economy and educational system in the nineteenth century. During his 46-year stay in South America, Domeyko laid the foundations for the Chilean mining and metallurgy industry, conducted geological, geographical and anthropological research, and headed the first modern University in Santiago de Chile.

KGHM’s Chilean investment is also proof that Polish companies are becoming increasingly capable of effectively competing with foreign ones when it comes to innovation and the quality of products offered. Of particular importance in this regard is the providing of mutual assistance, cooperation, and the sharing of practical knowledge about internationalization. Over 600 contractors were engaged in the construction of the Sierra Gorda mine, including 2 companies from Poland: TELE – FONIKA Kable and Sempertrans. KGHM, with its best practices and contacts, supports Polish companies which are considering global expansion through both the Polish – Chilean Mining Investment Seminar and the Think Tank POLAND, GO GLOBAL! Initiatives.